K-pop star Goo Hara made it to the headline today as the second K-pop star found dead after Sulli died of suspected committing suicide last month. Hara was recovering from a suicide attempt six months ago. Media suggested that they (i.e Sulli & Goo Hara) were best friends.

Suicide is an act of intentionally taking away one’s own life. The public often relate suicide to depression but depression is not the only mental health condition contributing to suicide. Mental health conditions such as bipolar disorder, schizophrenia, personality disorders and anxiety disorders increase the risk of suicide too. Suicide can also happen due to impulsive acts contributed by stress, bullying, financial difficulties, relationship issues or even grief.

The World Health Organization (WHO) stated that an estimation of 1,000,000 people die due to suicide annually, representing one death every 40 seconds. It is predicted that by 2020, the rate will increase to one death every 20 seconds, double the estimated rate and it is an alarming issue especially among the younger people. In Malaysia, the National Health and Morbidity Survey 2017 on mental health conducted among adolescents within the age group of 13 to 17 revealed that one in five youths felt depressed and 10% of them had suicidal ideation, while 7% had attempted suicide.

Conversations about suicide are never easy. Suicide is a sensitive issue and is a taboo. The taboo and misconceptions of suicide hide the sad reality that it is a crucial public health problem, which oftentimes being swept under the rug as it is not seen as a public safety issue that could threaten anybody’s safety or wellbeing.

Suicidal behaviour is a sign of extreme distress. It is a cry for help. Being suicidal does not mean that they do not want to live, but it is mainly due to them not being able to find a route of escape from the trapped situation they are in. The highlight of suicide is due to helplessness and hopelessness that might be contributed by poor mental health conditions or difficult life situations and got triggered again and again by environmental factors.​

Why is it important to know?

Suicide is suggested to be contagious. One suicide behaviour that happened has a high possibility of triggering the suicide behaviour in others, especially those who has already has suicide ideation. As the current stress level in our society is increasing and sky rocketing day by day, there might be a chance that people around us are suicidal and it is important to check on our network whenever the media posts news about a successful suicide attempt.

Suicide contagion is an event that not many of us are aware of. People often mistakenly judged that a person might be suffering from depression whenever a person is found to have successfully attempted suicide. It may not be the case.

Suicide contagion was stated to happen to family members or close friends of the individual who died of suicide, especially for those who have strong connection or support with the deceased. The suicide contagion event may be higher if the person who had a successful suicide attempt is an idol, as that would be channeled to the celebrity’s fans.

In this case, K-pop is a current trend of our younger people and it is important to take note about their emotional change and get proper psychological help if needed.

There are three parts in suicide; thoughts, plans and attempt.
Study suggested that suicide often start with thoughts followed by plans and then attempt. As such, it is important to note that whenever a person talks about suicide, it might not be a joke.

The thoughts woulds stay on and off for sometime and move on to planning stage whenever triggers happen.

This would be the second stage of suicide. This is a crucial stage to seek help as whenever plans are done that also means it is time to execute the plan at a suitable timing.

If an attempt happened and failed, it is important for both the individual and the close family members to seek psychological help and get psycho-education of how to prevent the next attempt. Six months from the attempt would be crucial time as there is a high possibility for repeated attempts to happen within that period of time. If there is a successful attempt, it is recommended that family members and close friends of the deceased to seek psychological help for grieving.

Sudden calmness after a huge stress

Sudden and unusual changes in ones personality

Often think too much throughout the night

Behaviours that are potentially dangerous to self

Preparing will, giving away things

Telling people about the ideation of suicide

Individuals who are in need of someone to talk to may call the BeFrienders KL at 03 – 7956 8145.
BeFrienders is a non-profit organization which provides emotional support at any time to people who are lonely, distressed, in despair or having suicidal thoughts.

Be❦Live In Psychology is a mental health clinic at Ecosky, Jalan Kuching, Kuala Lumpur.
Our services consist of therapy, assessment and training.
WhatsApp us at +6018 – 206  7313 to make an appointment.

Jackie is the director and counsellor of Be❦Live In Psychology. He graduated with Masters in Counselling from HELP University. He is currently practicing as full time counsellor. He has a strong passion in sex education for adolescents and youths. Besides his warm personality, he loves sharing knowledge with people around him.

Is There Anything Wrong with My Child? 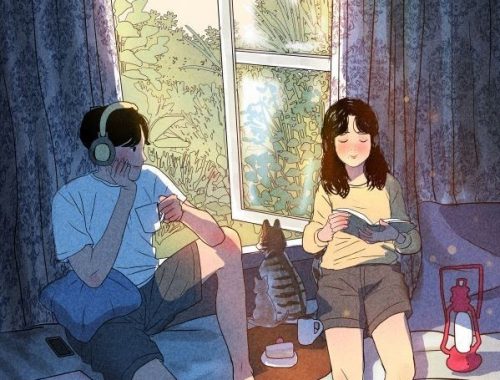 Why is Self-love Important?

What Drives Us to “Balik Kampung” in Time of #COVID19?

This website uses cookies to improve your experience while you navigate through the website. Out of these, the cookies that are categorized as necessary are stored on your browser as they are essential for the working of basic functionalities of the website. We also use third-party cookies that help us analyze and understand how you use this website. These cookies will be stored in your browser only with your consent. You also have the option to opt-out of these cookies. But opting out of some of these cookies may affect your browsing experience.
Necessary Always Enabled
Necessary cookies are absolutely essential for the website to function properly. This category only includes cookies that ensures basic functionalities and security features of the website. These cookies do not store any personal information.
Non-necessary
Any cookies that may not be particularly necessary for the website to function and is used specifically to collect user personal data via analytics, ads, other embedded contents are termed as non-necessary cookies. It is mandatory to procure user consent prior to running these cookies on your website.
SAVE & ACCEPT
%d bloggers like this: